The sun above the city’s rooftops

Demand for electricity will rise in the coming years, but coal and nuclear shall be taken off the grid. Can solar panels on the roofs of residential property help close the gap in the electricity mix? The current laws leave much to be desired. 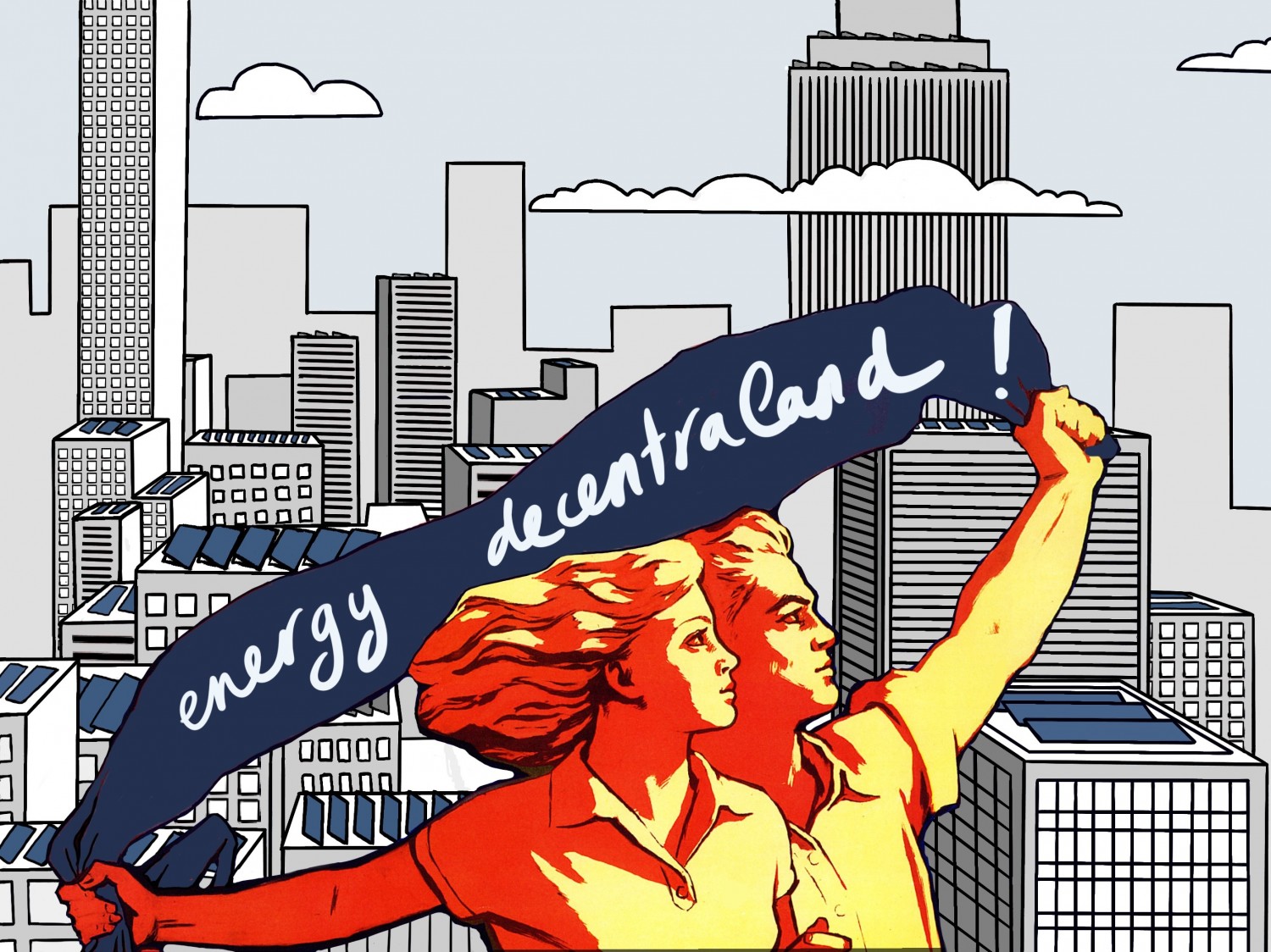 The new German government forecasts that demand for electricity in Germany will increase from 488.4 terawatt hours (TWh) in 2020 to about 680 – 750 TWh in 2030. Electric cars are a main cause of this increase.

At the same time, nuclear and coal shall be taken off the grid and wind and solar energy massively expanded. According to the new government, 80 percent of electricity shall come from renewable energy in 2030.

According to the government, this gap is to be filled by gas-fired power plants; however, the Nordsteam 2 gas pipeline, which is to supply Germany with natural gas, is highly controversial. Even if the project were to be implemented, it would be exposed to the difficult political relations between the EU and Russia.

There are also plans to phase out nuclear energy, in contrast to many of our European neighbours. In 2020, nuclear energy had a share of 11.4 percent of the electricity mix in Germany. At the end of 2021, of the last six nuclear reactors, the plants in Grohnde, Grundremmingen and Brokdorf were taken off the grid. The shutdown of the nuclear power plant in Brokdorf had a special symbolic effect: It is inseparably linked to the demonstrations against nuclear power with over a hundred thousand participants in the 1970s and 1980s, which in turn led to the foundation of the German Green Party now in government.

Opponents of nuclear power point to the risks and the unresolved question of final storage. Proponents, however, believe that without nuclear power the climate target of no more than 1.5 degrees of global warming cannot be achieved. There are also new ideas to solve the problems: so-called fourth-generation molten salt reactors are said to be safer due to molten salt as a carrier medium. Nuclear waste (depleted uranium) could be processed with fast neutrons. Residues that persist for tens of thousands of years may be transformed into substances that decay after only a few hundred years.

Whether these ideas will be viable or not, it is clear that, with the shutdown of the last three nuclear power plants by the end of 2022, Germany will need additional nuclear power from abroad in the event of a wind lull. If coal and nuclear power are shut down and demand increases at the same time, the expansion of renewable energy will face enormous tasks: roughly estimated, more than 300 TWh of additional electricity demand will have to be covered by 2030 (this corresponds, again roughly estimated, to the output of more than 30,000 onshore wind turbines).

Wind and sun should do the trick

According to the government, two percent of the land area is to be designated for wind energy, which is illusory in cities like Hamburg or Berlin. There, the area can only be used by solar, which shall expand in Germany to about 200 gigawatts by 2030.

The roofs of more than nine million residential properties in Germany play an essential role. According to the government’s plans, all suitable roof surfaces are to be used for solar energy in the future. Bureaucratic hurdles shall be removed, and private building owners shall be supported financially.

Modernisation of the Residential Property Act

Against this background, the Residential Property Act (Wohnungseigentumsgesetz, WEG) was adapted in December 2020 to the current environmental challenges and technical possibilities. It should now be easier to implement new construction measures, such as energetic refurbishments.

The legislator also created a regulation for privileged structural changes, according to which every flat owner is entitled to electric charging stations. The only prerequisite is a resolution of the owners’ association. The owner requesting charging stations could even go to the meeting alone and vote, because the quorum is already established with one person present. If the co-owners want to use the charging stations afterwards, they can do so if they contribute to the costs.

However, the law does not consider solar panels to be a privileged construction measure. Electricity coming directly from the roof of the house would have represented an additional motivation for zero-emission mobility. The lawmaker missed this opportunity.

Since solar panels are not privileged, they face a number of hurdles: A majority resolution among owners is required and the installation cannot “fundamentally transform” the residential complex or unfairly disadvantage one of the owners.

The problem of self-supply

In addition, under the 2021 amendment, the exemption from a specific levy (the “EEG-Umlage”) only applies to solar installations with an installed capacity of up to 30 kWp and a self-consumption of up to 30 MWh per year.

Only so-called “self-supply” is exempted from the levy – in other words, if the generator is also the consumer.

However, the association of owners is legally not identical with the individual owners and the tenants of the individual owners. The owners’ association therefore becomes an electricity producer itself, whose energy supply is highly regulated. In practice, technical measurement and demarcation problems often arise. Solar systems thus become complicated and unattractive for owners’ associations. It remains to be seen whether the government will improve this situation.

In order to achieve the goal of socially just and competitive electricity prices, the financing of the levy via the electricity price is to be abolished as early as 1 January 2023. Financing will then be taken over by the Energy and Climate Fund and the federal budget.

In any case, an intelligent and practical amendment to the Residential Property Act will be unavoidable if decentralised energy shall become a reality.