The glaciers are melting

RWE, Shell and other companies are being sued for their climate-damaging emissions – with increasing success. 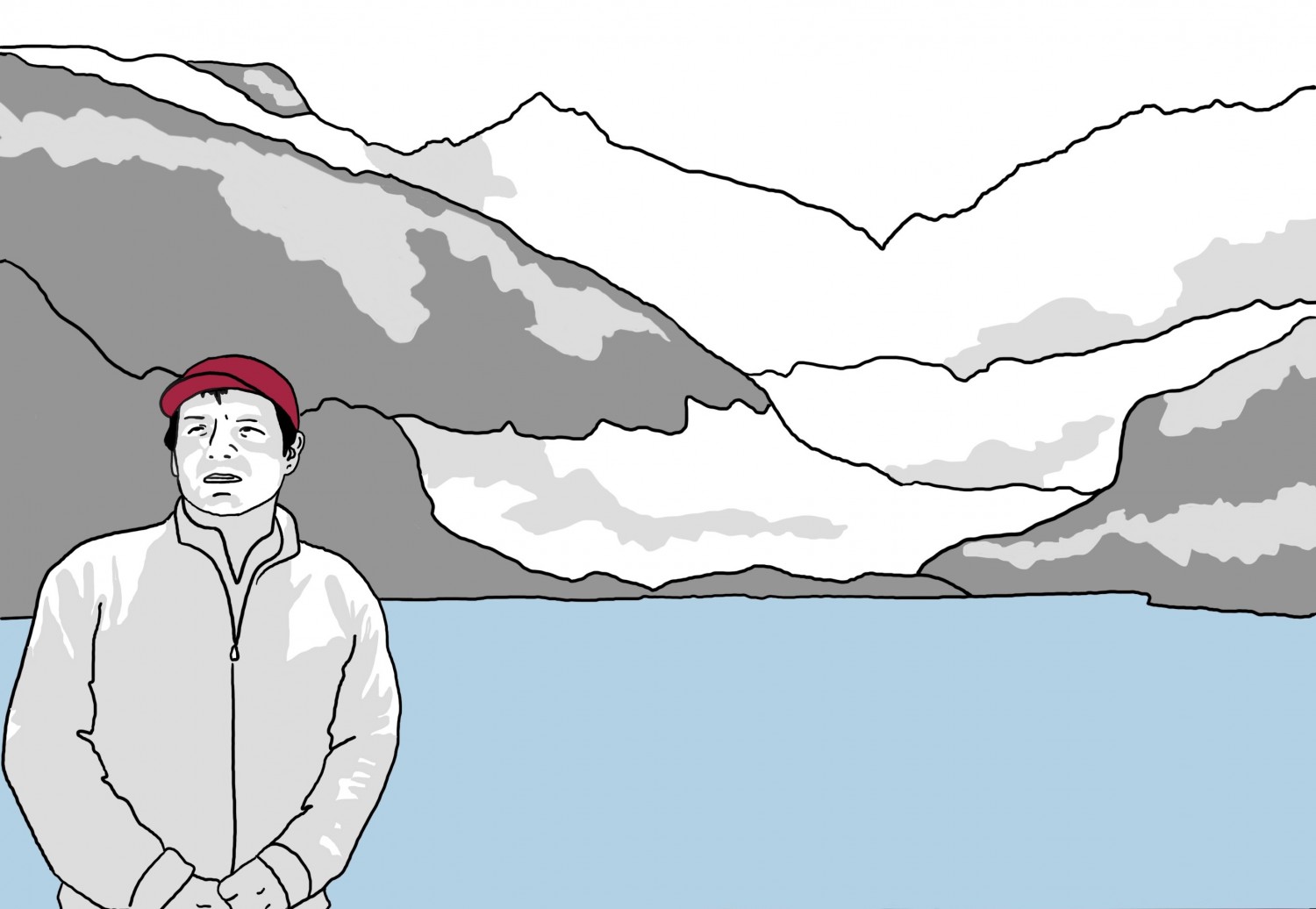 One morning, as Saúl Luciano Lliuya climbs the mountains, he senses that something is changing. All his life, glaciers have nestled between the peaks around his hometown of Huaraz in the Peruvian Andes. “Now you can see it,” he says. “They are disappearing.”

About 30 to 50% of the glaciers in the tropical Andes have melted since 1976. In Lliuya’s region, the water pours into Lake Palcacocha, which is only a few thousand metres from the city of Huaraz. When in 1941 a huge chunk of the glacier broke off and plunged into the lake, it created a wave that killed 1,800 people. The level of the lake is higher today than it was then. Now 50,000 people live in the water’s anticipated path.

According to scientific estimates, RWE is responsible for just under 0.5% of global greenhouse gas emissions in the period from 1751 to 2010. In 2015, Lliuya sued the company for reimbursement of some of the costs for protective measures to ward off a possible flood wave. RWE is partly to blame for the melting of the glaciers in the Andes.

The lawsuit was laughed off as the cloud cuckoo land idea of crazy tree huggers. And the Regional Court in Essen, Germany, quickly dismissed it in December 2016. RWE was not “disturbing” Liuya’s property – there was no “equivalent and adequate causation”.

“Every human being is an emitter, more or less,” the judges said. “If countless large and small emitters release greenhouse gases which are indistinguishably mixed, change each other and cause climate change via a highly complex natural process, then a causal chain from a particular source of emissions to a particular damage can no longer be identified. […] In view of the millions and billions of emitters worldwide, RWE’s emissions are not so significant that the flood hazard would not exist if RWE’s emissions did not exist.”

Lliuya sees things quite differently: just because a large number of people have caused something does not mean that no one is responsible. Every tonne of emissions contributes to climate change and increases the risk of flooding, if only slightly. Lliuya appealed the judgment.

Meanwhile, in the spring of 2021, the German Constitutional Court’s climate ruling and the decision of the District Court in The Hague against Shell have been handed down. And by now most people have stopped laughing at Lliuya’s lawsuit.

The Constitutional Court ruled on 24 March 2021: The German climate protection law shifts the burden of emission reductions too much to periods after 2030 and must therefore be improved. The Court’s reasoning is as follows: The constitution obliges the state to protect the climate and achieve climate neutrality. The Paris target of limiting the increase in the average global temperature to well below 2 degrees Celsius is constitutionally binding. A national budget for emissions is then to be determined based on the global budget. A German council of experts has done this based on global per capita emissions rights. And then come the two key sentences of the decision:

“One generation must not be allowed to consume large portions of the CO2 budget while bearing a relatively minor share of the reduction effort if this involved leaving subsequent generations with a drastic reduction burden and exposing their lives to comprehensive losses of freedom. […] As intertemporal guarantees of freedom, fundamental rights protect against comprehensive threats to freedom caused by greenhouse gas reduction burdens being unilaterally offloaded onto the future.”

This is a whole new world. Kant used to say (though in more complicated words): Everyone can do what he wants (fence, drive a carriage, go to the theatre) as long as he does not harm anyone else. That is the basis of the liberal state. Now, however, practically every use of freedom by one person (mining Bitcoin, driving a car, watching TikTok) restricts the use of freedom by another. The emissions budget is getting tighter and must be distributed.

And also in terms of time. One must not gobble up all the sweets immediately but leave some for the children and grandchildren. The Constitutional Court understands fundamental rights as a bulwark against the short-sighted political system: “Environmental protection is a constitutional matter because the democratic process is organised on a short-term basis via electoral periods, which structurally runs the risk of being more sluggish in responding to long-term ecological concerns; future generations have no voice of their own in the political process.”

All this raises a lot of questions. Is the budget of every child 20 years from now the same as that of an adult today? And the budget for the unborn children’s children? And so on, ad infinitum? And why should a German have the same budget as an African? So far, Africans have hardly contributed anything to climate change, while Germans have contributed a great deal in the last 150 years. Isn’t there a principle that says whoever caused the dirt must also clean it up?

The indirect effect of human rights

The District Court of The Hague goes one step further. In its decision of 26 May 2021, it ordered Shell to reduce its global emissions by 45% by 2030 compared to 2019. The ruling is a sensation, and its implications cannot be overestimated.

The Court argues: It is true that human rights and international principles such as the Paris target primarily impose obligations on the state and do not apply directly to private parties. However, human rights and international principles are significant in the interpretation of general clauses in civil law when it comes to determining whether someone is interfering with the legal interests of another. Shell must do more than previously required to avert irreparable damage to the inhabitants of the Netherlands.

Criticism of the ruling was not long in coming: Shell’s emission reduction will not reduce the demand for oil and gas products – consumers will simply go to competitors, critics said.

Shell itself has argued that judges cannot decide who should reduce how much emissions by what means. Can anyone sue anyone now? Politicians must regulate exactly what is to be done at the national and especially international level.

But it is also clear that politics has hardly done anything so far. In 1965, scientists informed the then-US President Lyndon B. Johnson about climate change. Since then, not much has happened – on the contrary, emissions are rising every year. Even if countries keep their promises, the Paris target will likely be missed by a long way. People like Lliuya have been waiting in vain for effective climate policies.

With the decisions from Karlsruhe and The Hague, his chances are now not quite so bad. The judges from the Higher Regional Court in Hamm (second instance) want to take a close look and travel to Huaraz. Lliuya’s lawsuit has now received worldwide media coverage; it is the classic David versus Goliath story that puts a face on the abstract issue of climate change.

And RWE and Shell are no longer alone. Lawsuits against Volkswagen, Mercedes-Benz and BMW have been filed.