Fighting for the windmills

The situation is dire, not only because of climate change, but also because of the war in Ukraine. Vice-Chancellor Habeck has therefore presented a series of measures to promote renewable energies. However, what is also needed is a change in the licensing practice and faster legal procedures. 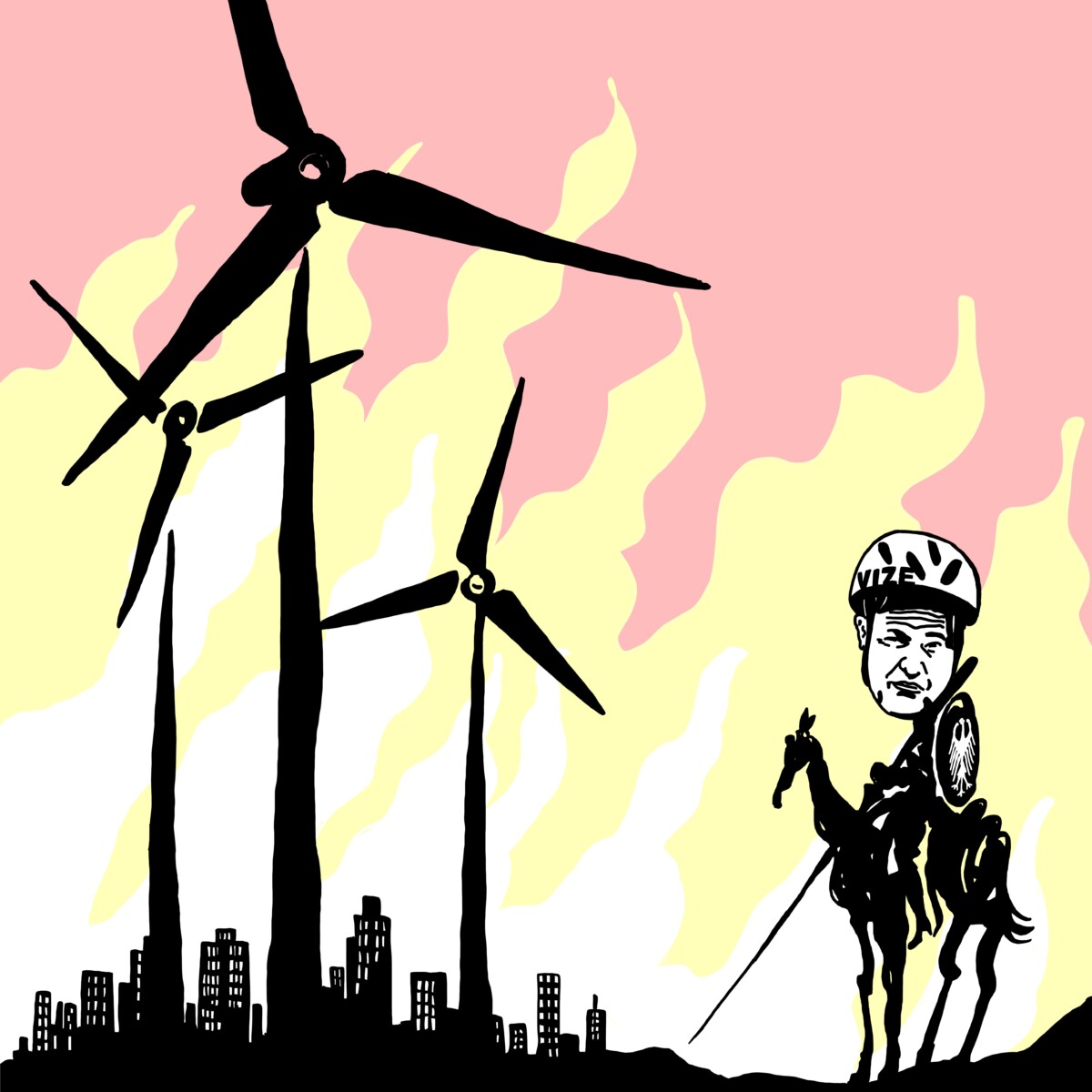 The war in Ukraine has transformed the expansion of renewable energies from a long-term goal into a necessity in the here and now. Suddenly, it is no longer just about climate change, the “tragedy of the horizon” that everyone wishes was still far away, but also about the disaster that is happening every day in the neighbouring country. According to the government, Germany should not only protect the climate, but also become independent of Russia’s gas and oil, as quickly as possible.

The German government has therefore presented the so-called Easter package and announced a summer package: a series of detailed measures with major goals. As early as 2030, 80 percent (instead of the previous 65 percent) of Germany’s electricity shall come from renewable sources (last year their share was 42 percent). Five years later, in 2035, Germany shall be carbon-neutral.

To achieve these goals, the law proclaims that renewable energies are a “priority concern” in the “overriding public interest” and serve “public safety”. This must be taken into account in the approval procedure when weighing up competing interests, for example if wind farms come into conflict with rare birds or an adjacent castle.

However, priority for renewables does not apply with respect to “concerns of national and alliance defence” – interests of the German armed forces are at least as important in our new world. Moreover, priority of renewables only plays a role where the authorities actually have discretionary powers – in the case of strict rules, for example in air traffic law or environmental law, legal requirements apply without any room for authorities to weigh conflicting values.

More areas for solar and wind

There are also plans to develop additional areas – a difficult issue in a country as densely populated as Germany. “Agri-photovoltaics”, where solar power is generated several metres above agricultural land, shall be promoted. Solar projects may also be built in moors and on lakes (“floating solar”).

New areas in the North Sea and Baltic Sea shall be added. In the future, areas that have not yet been examined will also be put out to tender for offshore wind farms. This seems urgently necessary: Last year, not a single offshore turbine was added in German waters.

Local acceptance shall be increased. So-called citizen energy projects do not have to participate in tenders and can therefore be realised more easily. (On 5 May 2022, the German Constitutional Court ruled that legal obligations for companies to let citizens participate in wind farm projects are constitutional.)

Moreover, the government will assume 70 percent of the planning costs if the municipality is not awarded the contract. The financial participation of local communities shall be expanded and strengthened.

From 1 July 2022, the so-called EEG levy (“EEG-Umlage”) will be abolished without replacement. Electricity suppliers must pass on the cost reduction to consumers. Renewable energies shall be supported by the federal budget’s special fund, the Energy and Climate Fund. It is fed, among other things, by the revenues of the national emissions trading system for CO2 pricing. The support provided by the Renewable Energies Act (EEG) is now financed directly from state funds and is thus subject to examination by the European Commission as state aid. This means that the market has to wait for the Commission’s approval, which however seems very likely.

The abolition of the EEG levy is also intended to simplify self-supply and tenant electricity models, which have been far too complicated. Decentralised solutions shall become less bureaucratic.

Yes, but not in my backyard

However, the multitude of detailed regulations cannot hide the fact that the main problem remains implementation. The goal of making two percent of Germany’s territory available for wind power is included in the coalition agreement, but it is bitterly opposed by states like Bavaria and North Rhine-Westphalia. The priority given to renewables will only be effective where the states and municipalities actually decide in favour of wind power. Everyone is in favour of renewables, just not on their own doorstep.

But anyone who accepts desolate factory farming and biogas plants scattered across the landscape cannot complain about solar plants hidden behind hedges and overgrowth. A general rethink is therefore needed, especially in planning and approval practice. As long as the will to promote renewables is not implemented in the administrations and the reservations in planning procedures are not put aside, an acceleration of the procedures is not to be expected.

In particular, approval procedures for wind projects are far too slow, taking an average of seven years. Complicated expert opinions such as nature conservation and species protection surveys and mapping, noise prognoses, glare and reflection studies take a considerable amount of time. Unpredictable investigation results make the procedure itself unpredictable, so that far too little use is made of acceleration instruments, such as the early approval of the start of construction.

Court proceedings also take far too long. Projects are torpedoed for many years with lawsuits through all instances. Restrictions on the possibilities of appealing against planning approval and authorisation procedures would be necessary. The judicial procedures should follow stricter time limits; for example, a special procedural obligation to accelerate the processing of energy projects could help here. Similar to housing projects, where neighbour complaints have no suspensive effect, court proceedings on wind and solar projects should become more predictable and faster.

So much remains to be done. The Easter package has not yet been implemented, and the next reform is already being planned. In the battle for the windmills, the Vice-Chancellor tirelessly tinkers with the mechanics of energy law.